Why Do You Want The Accountant Who Prepared Your Taxes To Also Defend Them?

When you have your taxes done by an accountant, the ability to relax and let someone else deal with the paperwork is such a relief. But sometimes the IRS detects a problem that, after going through all the appropriate stages, finally requires that someone negotiate with the IRS on your behalf. Only a CPA can do that, so if your accountant is not a CPA, you have to turn the paperwork over to someone else. It can be a lot easier if the person who prepared your taxes and the person who speaks with the IRS could be the same person.

They're Already up to Speed on What the Problem Is

If the IRS detects a problem with your taxes and requires a response that involves negotiation, a CPA who prepared your taxes will already be familiar with all your tax-related information. There's no catch-up period where the CPA is reviewing what another accountant did. The process of dealing with the IRS will be much smoother and may not take as long.

Whoever prepares your taxes will often have to make judgment calls about what should go in which category and whether something is truly deductible. Sometimes the IRS doesn't agree, and the tax preparer has to explain what they were thinking that led them to make that decision. The person who prepared the taxes is obviously going to have the best idea of why they made the decisions they did, but legally, they can't go to the IRS and defend them unless they're a CPA.

The more people you involve in something, the greater the chance of miscommunication. While your taxes may be on paper or recorded online, so anyone who sees them, sees the same numbers, communication between parties can be easily misinterpreted as it goes from one person to another. Using written communication like email can mitigate this somewhat, but even then, if you're telling someone something you heard, your interpretation could change minor details accidentally. As those changes build up as the news is passed from one person to another, that could result in someone not providing correct information, which could affect your case before the IRS. If the person who prepared your taxes is also the one to defend them, then there is much less risk of misunderstandings.

If your taxes are complicated, you'll want to have them prepared by someone who can help you through all stages of taxes, including audits and other post-filing problems. CPAs can go before the IRS if needed to defend what they did and help you get through what can be a scary time. 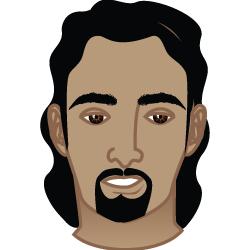 A couple of years ago, I became an entrepreneur. I started a home based business. Unfortunately, I didn’t have very much experience with the accounting aspect of running a business. I didn’t realize how much detailed bookkeeping was required of business owners. After struggling on my own for a while, I decided to seek the help of an experienced accountant. This expert quickly helped me get my business financial records in order. If you are considering starting a home based business, seek the help of a professional accountant. In doing so, you will have more time to concentrate on the things you do best.